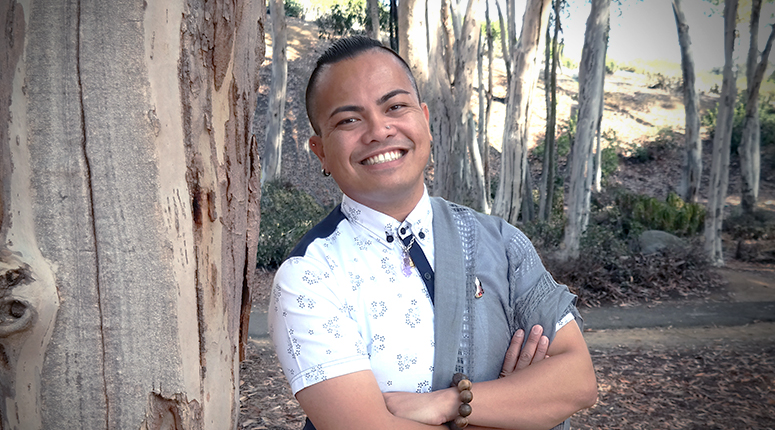 Joseph (JoJo) Allen Ruanto-Ramirez joined Student Life in 2016 as the SPACES - SIAPS (Access) Programs Advisor. As one of the pre-SPACES working group that help establish the center, JoJo worked with SIORC (before it became SIAPS) to integrate access and outreach programs within the newly established center in 2007-2008. Joseph was the SIORC Administrative Director during their undergraduate year for 2 years and took on the advisory role for SPACES during its inceptions. Before SPACES, they worked at the UCSD Cross-Cultural Center for a little over 7 years. JoJo received a BA in Ethnic Studies from UCSD, a MA in Sociological Practice (Sociology) at CSU San Marcos, certificate in World Religions through their Scriptures from Harvard University, and doing a dual interfield program in Cultural Studies - American Studies at Claremont Graduate University. JoJo is a anti/post-humanist theorist looking at how race, gender, sexuality, spirituality, and ability connect to social constructions of monsters, ghosts, freaks, zombies, and witches.